Which States Have Declared Pornography a Public Health Crisis? 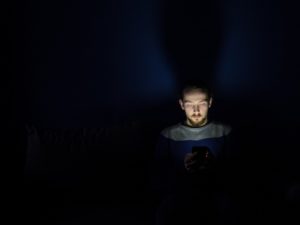 Utah is not the only state making such a bold statement; South Dakota and Virginia have both passed similar resolutions, and Tennessee is considering it.

For someone suffering from a pornography addiction, recovery is usually a lifelong process. It’s a conscious choice made daily to “abstain from the substance,” just like any other addiction. As a result, it is vital to have the right tools and resources at your fingertips. You probably hear it all the time, but the first step really is admitting you have a problem.

Another important step is to surround yourself with a network of support, such as a therapist, a support group, or a trusted friend with whom you can be open about your issues. A support group can be particularly helpful, because remember: shame feeds addictions. When you find a group of people you can open up to and listen to their similar stories, the shame of addiction lessens because people around you can relate to your struggles.

Above all else, remember one thing: you’re human. We all make mistakes, and we all fall back into old bad habits. Don’t let that discourage you from trying or distract you from the progress you’ve already made! Overcoming unhealthy patterns is hard, so be kind to yourself. LifeStar Therapy can help.